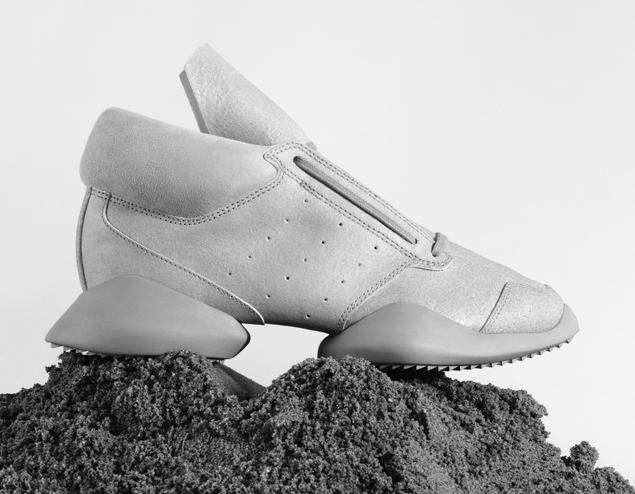 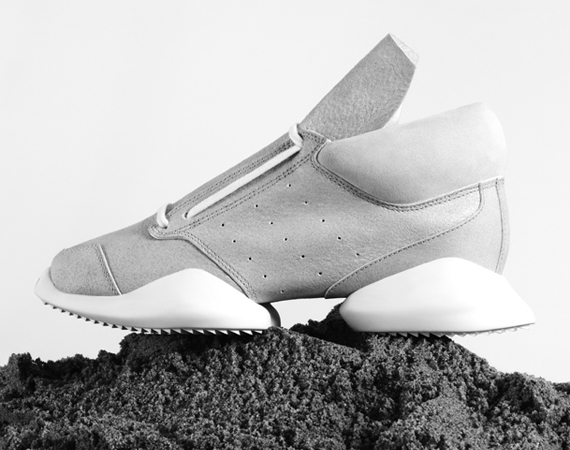 Standing in the lab it is not so common to wear high heels, so most of the scientists stick to their all time favorite: The sneaker. Syntheses can take quite a while and it is inevitable to stand and walk alot. So why not embrace your progressive work with some progressive footwear? My curiosity about it probably started way back with the Back to the Future trilogy, fascinating how Marty McFly’s shoes tie themselves. Nike just paid tribute to the movie’s shoes 2011 with the launch of the Limited Edition ‘Nike Mag’, just like the ones in the movie. Margiela followed with the Mirror Sneakers 2012, which were blogger favorites both in silver (yes!) and gold. My most adored futuristic sneaker of 2013 clearly are the Adidas Y-3 Qasa.

So for 2014 I have high hopes for the refreshing looks of Rick Owens sneaker (photos above: Adidas), for example the Adidas x Rick Owens -as in the picture above- and Giuliano Fujiwara sneakers of milan-based designer Yoshiaki Fujiwara. I really think one has seen enough Nike Air, Nike Roshe and Isabel Marant Hidden Plateau Sneakers. You think so, too? Love, Ea Birkkam

Michel Rajkovic the future of eyeliner